The Next Three Years: A Critical Period for IoT Development 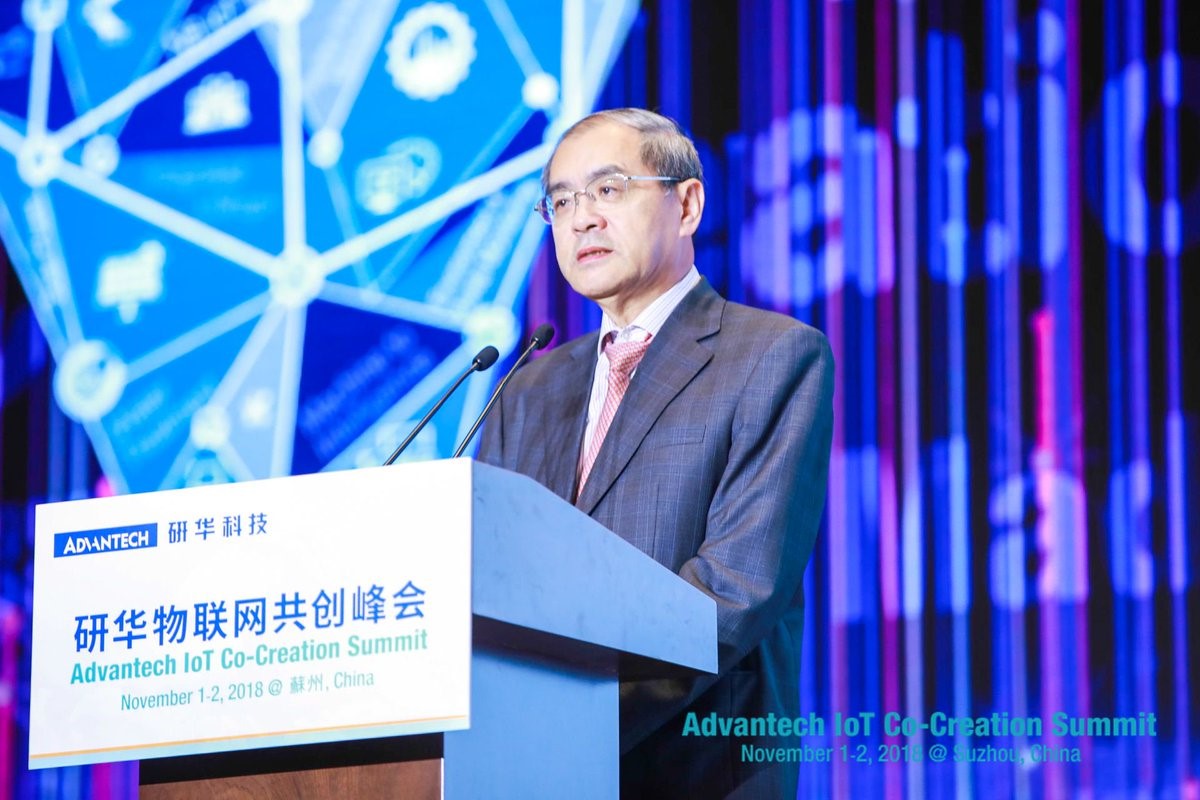 Attracting over 6,000 customers and partners from 56 countries around the world, the Advantech IoT Co-Creation Summit lasted 2 days and covered 2 summit forums, 11 themed forums, and 85 seminars. There were 170 booths showcasing the latest IoT applications and solution-ready platforms (SRP). Of these, an impressive 57 booths were hosted by Advantech SRP and DFSI partners.

In a previous interview with DIGITIMES, CEO Liu suggested the fastest growing period for IoT will likely be 2019-2020. At the 2018 IoT Co-Creation Summit, he re-emphasized his belief that the next three years will be the key period for IoT to fully thrive and prosper.

With the interconnection of all things now a defining feature of global industry, national governments are actively trying to facilitate IoT development as a strategy for driving economic growth. One of the most prominent examples is China, which in February 2013 issued its, “Guiding Opinions of the State Council on Promoting the Orderly and Healthy Development of the Internet of Things.” This guiding opinion was further built upon through the, “Notice of the State Council on Issuing the Medium and Long-Term Plan for Key National Technology Infrastructure Construct ion” (2012-2030) and the “Notice on Printing and Distributing 10 Special Action Plans for the Development of the Internet of Things” which both detail further planning for successful IoT development.

The past two years have seen a boom in China’s IoT market. According to relevant statistics, the annual market size now exceeds 1 trillion yuan with a compound annual growth rate surpassing 25%. With IoT entering the mainstream, it is projected that expenditure on IoT platforms in the Chinese market will rise to first place in the world by 2021. According to the, “Report of Market Segment Demands and Investment Opportunity on China Mobile Payment Industry” published by Forward Business Information Co., Ltd., it is estimated that by 2020 the overall size of the China’s IoT market will exceed 1.8 trillion yuan.

Given both the highly active and innovative entrepreneurial community and strong level of government support, CEO Liu stressed the vital importance of the Chinese market. Like e-commerce and mobile payments in the past, it is widely projected that China will soon become the world’s largest IoT market.

One of the most exciting areas of the IoT revolution concerns the Industrial Internet of Things. IIoT is a major driver of deeper IoT integration with big data, artificial intelligence, and the real economy. It is also the basis for the digitalization, networking, and development of intelligent manufacturing. During the summit, academician Hequan Wu of the Chinese Academy of Engineering gave a speech entitled, “Industrial IoT Technology and Challenges” where he expressed his view that the Industrial Internet of Things must meet numerous requirements: high security, ultra-reliable, low latency, large connectivity, personalization, and IT & OT compatibility for enterprise applications. Accordingly, there is a need to develop communication, computing, and storage technologies in order to raise IIoT optimization levels.

Wu said that while fully realizing the potential of IIoT is a long-term process, companies should initiate digital transformation efforts – via both managerial and technological innovation – to address the challenges encountered during the course of development. With an array of new technologies and a fast growing market, IIoT provides a new kinetic energy for the digital economy.

Realizing the Greatest Value of IoT

In contrast to the “Internet of Things+” model of the past, the current IoT era pays greater attention to the division of labor within the industry. With that in mind, CEO Liu explained that one of Advantech’s top priorities going forward is assisting industries with the integration of existing hardware and software to establish a complete industrial value chain.

At the IoT forefront is the Advantech WISEPaaS, which has been operating since its launch in 2014. From the initial edge IoT software module, to the continuous integration and strengthening of connections with the open source community, Advantech’s WISE-PaaS platform is evolving to provide operational services to cloud platforms today while positioning itself as a lead player in the entire IoT ecosystem well into the future. This future development encompasses edge platform and universal IoT cloud solutions that dynamically connect computing energy providers, cloud service providers, solution ready platforms, equipment users, and manufacturers, into one holistic IoT value chain.

CEO Liu said that for the IoT value chain to reach full implementation, the key to success lies in full cooperation and integration between platform technology suppliers and industry experts. In doing so, standardized and reproducible software and hardware SRPs can be formulated. Comprehensive SRPs can then be installed and maintained on-site by the system integrator as a complete field solution that creates an effective IoT industrial chain.

During the summit, Advantech’s Chief Technology Officer Allan Yang revealed that the IIoT data platform will accelerate the development , deployment , and commercialization of industrial solutions in building an integrated ecosystem. However, according to CTO Yang, at this stage solution providers still confront the challenge of high fragmentation at the industrial edge which requires vertical expertise and integration with corporate work f lows. Nonetheless, Advantech reiterated its commitment to accelerate the application development of IIoT SRPs in various industries to build a more complete IoT industry chain.

IoT is driving exponential growth in device and product connectivity, with leading technology players entering the market and upstream and downstream industry chains becoming ever more deeply integrated. Standing at a new IoT milestone, CEO Liu stressed the importance of working with Advantech’s partners throughout every step of the value chain process.

To seize the business opportunities presented by IoT while deepening partnerships with key industry players, Advantech is actively deploying a global development strategy. On October 26, Advantech acquired an 80% share in OMRON Nohgata, – subsidiary of Japan’s OMRON Corporation – to accelerate the expansion of its embedded systems market in Japan and enhance local language services.

At the same time, Advantech is strengthening IoT marketing and increasing its sales base in the United States and Europe. In hopes of creating a powerful Industry 4.0 brand across the European market, Advantech recently opened two branch offices: one in Stockholm, Sweden in 2017 and the other in Barcelona, Spain in 2018. Warsaw, Poland has also emerged as a key center to expand business opportunities throughout 24 different markets in Eastern and Central Europe. Advantech Executive Director Chaney Ho stated that Advantech will continue strengthening its international rollout with an aim toward becoming a global IoT leader.

In Asia, Advantech will continue actively investing in China, where at present, there are roughly 800 sales distributed in 50 locations throughout China. Director Ho pointed out that the country will serve as a developmental base for Industry 4.0 SRPs well into the future. To take advantage of China’s burgeoning market, Advantech is committed to nurturing local talent in service of building its IoT brand.