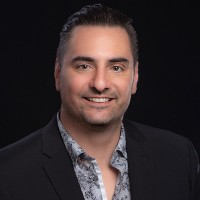 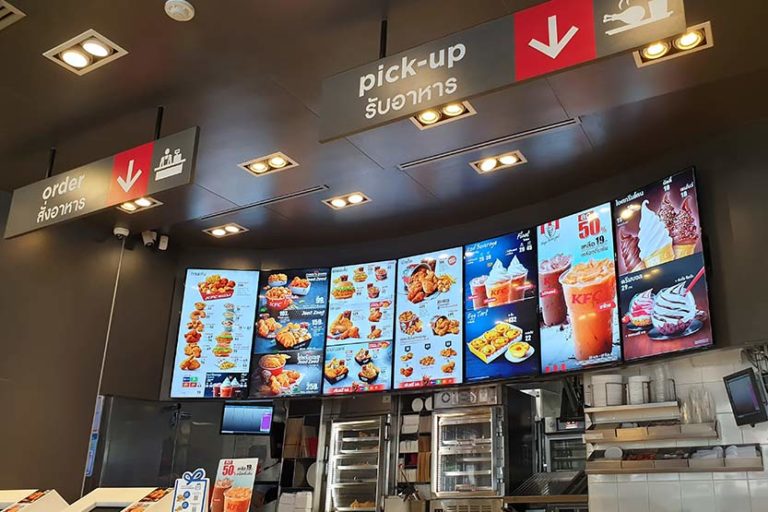 When I was a kid the typical drive thru quick service restaurant experience used to be simple. I remember in the early 80’s (showing my advancing age here) my mother’s car would pull up to the Quick Service Restaurant of our choice and leverage the “cutting edge” technology of the day, a window at the appropriate height to match a car and the ability to order from a person without leaving the car

The growth of technology moved quick back in that day and soon we were in what I thought was “the space age”. Restaurants began to implement the use of a menu board, a microphone and speaker to improve efficiency. It appears that Drive Thru Technology then stalled. Aside from the advent of the spinning menu board to separate breakfast from lunch and dinner menus, there were very few advancements in the ordering process. Clarity and communication improved between road bound diner and QSR Employee, but the major advancement was in the POS machines and their capabilities and speed.

QSR employees also evolved. They were taught that by following a script it would lead to maximizing efficiency and upsell opportunities. This aided in the development of the biggest questions in the annals of QSR History “Would you like fries with that?” and “Would like to upsize your order”. Oh how slick they were. They know we all want fries and asking for that upsell to the Large over the “standard” Medium (What happened to small?!?!) was a huge revenue generator.  But how could the process itself become smarter. What the QSR patronizing public failed to realize was that technology would soon be so advanced that the restaurant will soon have a generally strong idea of what the order was going to be as the patron pulled up. How is this possible? Through the use of Artificial Intelligence or AI. We are not far off from the restaurant already knowing that you not only like fries with your burger of choice but if available you would prefer Onion Rings instead.

Artificial Intelligence in Use Today

The advancements in the world of Artificial Intelligence are taking shape quickly. In computer science, artificial intelligence (AI), sometimes called machine intelligence, is intelligence demonstrated by machines, in contrast to the natural intelligence displayed by humans. AI is being employed in government applications, smart city, medical devices, traditional retail, tourism and even nature conservancy. There is not much that AI is not touching in todays Internet of Things enabled world. The sheer amount of data collected using IoT devices in these applications is massive. The use of AI allows the data harvester to detect things faster and respond quicker than the human brain alone. So why can’t this touch QSR applications? Well it already is.

Where is AI Technology Heading in eQSR Applications

It has been confirmed that a license plate recognition start-up, 5Thru, has had some interest by several fast-food chains in the U.S. and Canada. These potential clients have already looked into implementing their technology. By scanning and using Vehicle License Plate Data the QSR can know who is pulling up and what their “go to” favorite happens to be. Recommending upsells and allowing the patron to pay with a credit card on file can not only help increase profits but move traffic faster (also increasing profits).  Moving a step forward, the patron could order via voice control through an app or software integrated into the vehicles on board computer. The order could even be placed miles away with the restaurant tracking the arrival of the customer so that the order is ready on time and quality standards are upheld. Basically, this is the DoorDash or Uber Eats business model in reverse. Suddenly driving to pick up your food through a drive thru is all new again.

McDonalds Restauants has already purchased a machine-learning start-up who’s IP could provide order recommendations, among other things when a customer arrives at a restaurant. In China, KFC partnered with Baidu, a search engine, to develop facial recognition technology to suggest orders based on age and mood. Starbucks in Korea already use a license plate tracking system. This is happening everywhere an we can expect all of the major players in QSR to adopt this technology sooner than later.

Because of the proximity of many QSRs to their competitors grabbing license plate information of patrons who visit a competitor is fairly simple. The technology is already so advanced that grabbing a dozen license plates per second is not out of reach. Imagine pulling through your favorite Burger purveyor only to get an email or pop up advertisement from a nearby Taco establishment to visit them next time. Harvesting the data of all cars that pass the restaurant is a possibility as well. Working in concert with music streaming services could allow for instant advertising as you approach a favorite midday snack shack. The possibilities are endless and the technology is already here. Data is mined every second of every day, this form of Artificial Intelligence will serve as the next frontier in QSR customer experience and as I’ve relayed previously it will be here in full force sooner than later.

The potentially most uncomfortable aspect of employing this type of application is that patrons will not be asked if they would like to participate, it will just be the norm one day soon. I guess we can all chock this up to life in a new enhanced digital age…and yes I would like fries with that, thanks for asking.