Digital Transformation with Windows for IoT 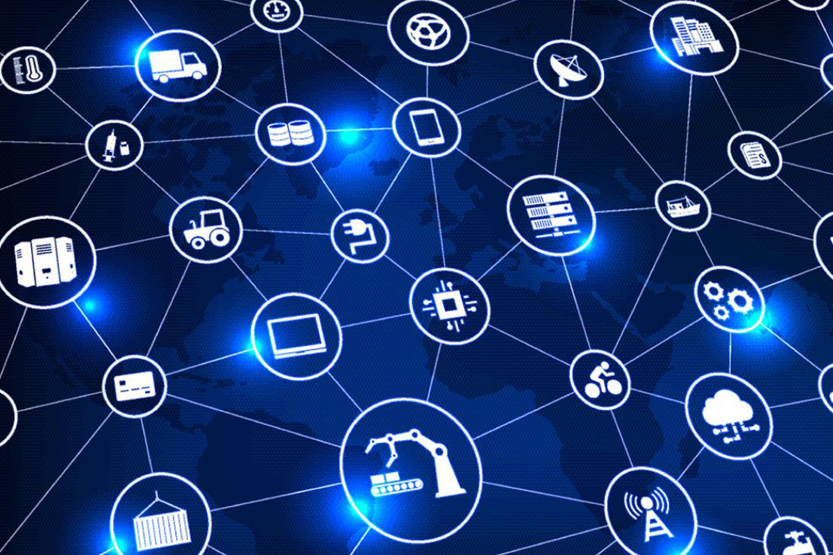 Interest in Digital Transformation has been intense in IT in recent years. Internet of Things (IoT) technologies figure prominently in the plans of many organizations with the most comprehensive and forward-looking Digital Transformation initiatives. One of the most efficient ways to get moving with IoT is to use Windows, an incredibly familiar technology for most enterprises, but yet one that is backed by an increasingly robust infrastructure of Microsoft-provided IoT technologies.

Those trends and some of the major decisions organizations must make around Windows-based IoT were the subject of a recent webcast called, “Enabling Digital Transformation with Windows Embedded IoT Solutions.” The session featured Jeff Trager, a Microsoft Windows Software Licensing Specialist at Advantech, and Greg Schulz, a Microsoft MVP for Cloud Data Center Management.

Trager framed the discussion with a working definition of IoT. “IoT is the industry term for intelligent cloud and intelligent edge,” he said. “The whole idea is to power a surge of digital transformations across industries, and in the process, create new opportunities for OEMs and enterprise customers to generate more revenue, and create better business outcomes from their data that can be collected from their devices on the edge.”

A few statistics frequently shared by Microsoft illustrate the ways that, and the scale at which, Windows IoT is fueling digital transformations:

These trends are occurring across a wide range of industries and clearly convey the idea that enabling digital transformation through the use of IoT generates new opportunities and often leads to better business outcomes.

Both speakers noted how IoT is becoming pervasive in everyday life. Schulz had visited a dentist office recently and the X-Ray machine and blood pressure monitors were examples of IoT being used in the real world. Trager had just changed his furnace filter and the replacement was Bluetooth-enabled.

The Microsoft Approach to IoT

All the innovation and all the momentum, however, don’t necessarily mean that organizations adopting IoT are taking on a complete set of bleeding edge technology problems.

While businesses are capitalizing on the opportunities created by IoT like never before, IoT itself is not new, Schulz said. IoT has been around for roughly 10 years already, and was around before that using a different name. “If you think of it, old school it’s what we called SCADA—supervisory control and data acquisition.”

Microsoft’s approach to IoT builds on the SCADA past and the decade of experience with IoT technologies. “IoT provides devices with improved and enhanced security feature manageability, enterprise-grade long-term support, and a worldwide hardware and software partner ecosystem. And let’s not forget that Windows allows companies to leverage existing infrastructure and expertise to manage and secure those devices,” Trager said.

5 Key Considerations for an IoT OS

Trager explained that there are five important things OEM’s and their customers need to consider when choosing an IoT operating system. The first of these considerations is long term support. The device will be in use for many years, and so it is important to consider how it will be supported in the future. Windows 10 IoT Enterprise will receive 10 years of support.

The third essential consideration is security. In the past, IoT devices were often known for their weak security. Windows 10 IoT Enterprise includes the latest security advances in Windows 10 to protect IoT solutions from device to cloud.

The fourth consideration is management. Device management is key to keeping a device operating smoothly. Microsoft has been providing enterprise grade management for decades, and most of the existing tools used to manage Windows work with Windows 10 IoT Enterprise and Server IoT 2019.

The fifth essential consideration is the need for a full-featured operating system. Windows 10 IoT Enterprise has built-in features for machine learning, speech, cognitive services, container support, ROS, and video and audio processing, without the need for third-party libraries.

According to Trager, “Windows Embedded IoT is a family of operating systems that are designed to run a dedicated business application, or industry application, to serve a specific function. We’re talking about a retail point of sale terminal, MRI machine, industrial automation, Hospitality Kiosks and those sorts of things — anything but a general purpose PC.”

Microsoft sells Windows 10 through a number of different channels. The general purpose OEM channel, for example, only licenses Windows 10 Pro and Home. Similarly, the Volume Licensing channel provides businesses with unique enterprise offerings for their internal devices. The OEM Embedded channel, which includes providers like Advantech, was created for OEM’s making dedicated devices, which are optimized for features, price, and perpetual licensing rights.

Similarly, Microsoft offers multiple editions of Windows 10. Windows 10 Home is designed for personal use and includes features that allow consumers to be more creative and productive. Windows 10 Pro and Enterprise are intended for general-purpose business PCs and laptops. Pro releases are only supported for eighteen months, and Enterprise releases are only licensed to end users and can’t be resold. In contrast, Windows 10 IoT Enterprise is designed for dedicated devices with advanced lockdown features. This Windows 10 IoT Enterprise edition includes ten years of support and special pricing based on the CPU included in the system.

For IoT, Pro or IoT Enterprise

When it comes to IoT, organizations can choose either general purpose Windows 10 Pro or the specialized Windows 10 IoT Enterprise.

Often the choice between these operating systems comes down to the feature updates. Trager explains that if you opt to use Windows 10 Pro, then “every six months, you’re going to get something new from Microsoft that you may like. But if your application is sort of locked down and you don’t want any changes, a Windows 10 Pro operating system is going to cause you a lot of grief.” In those types of situations, you are likely going to be better off using Windows 10 IoT Enterprise.

Because Windows 10 IoT Enterprise differs from Windows 10 Pro, there are some terms associated with its use and deployment that might be unfamiliar to those who have thus far worked only with general purpose Windows 10 editions.

Two such terms are LTSC and SAC. LTSC is the Long Term Service Channel, whereas SAC is the Semi-Annual Channel. The SAC was formerly known as the Current Branch for Business or CBB. These terms refer to the timing and the content of future updates from Microsoft.

Organizations will also need to understand the differences between EPKEA and PKEA. These terms refer to methods of Windows activation. PKEA refers to Product Key Entry Activation. It is essentially the one product key to one activation method that you are probably already familiar with.

The alternative is EPKEA, which stands for Embedded Product Key Activation. This method relies on a master key that is good for 50,000 activations. This is the activation method of choice for OEMs who produce a large number of devices because it allows the product key to be added to a Windows image, which can then be applied to thousands of devices before a new activation key is needed.

It is worth noting that Microsoft keeps this list up to date as new supported CPUs become available. It is also worth noting that higher end licenses are backward compatible with lower end CPUs. A Windows 10 IoT Enterprise High End or Value license for example, could be used on a device with an Intel Atom CPU, although it would be less expensive to simply use a Windows 10 Enterprise Entry license.

Advantech is a hardware OEM for industrial PCs. Those systems are based on either Windows 10 Pro (if there is a compelling business reason to use it) or on Windows 10 IoT Enterprise, which tends to be a much better fit. In addition to industrial PCs, Advantech also sells Windows 10 IoT Enterprise licenses as well as hundreds of other products. In all, Advantech offers over 1,500 different products, which is the largest product offering of any industrial PC vendor. Advantech has over 8,000 worldwide employees and did $1.7 billion in revenue in 2020. They have partnerships with both Microsoft and Intel.

Some of the more unique support services that Advantech offers to its customers include roadmap planning sessions, troubleshooting issues such as activation, deployment, and connectivity, operating system image development and configuration.