Challenges of 5G on the Battlefield 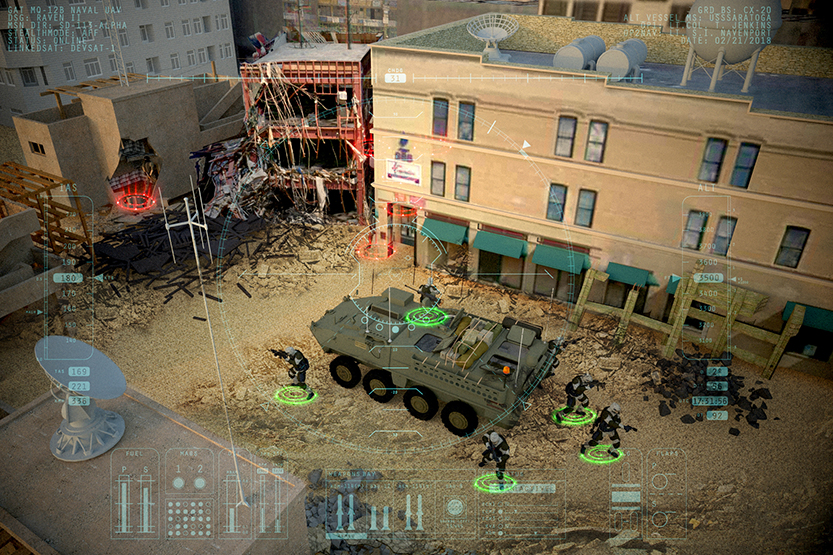 The increase in remote computation and data processing calls for better bandwidth and network speeds. 5G promises to increase speed of data transfers, but military organizations need more than just speed – they need speed, extensive cybersecurity from continuous attacks, and a compliant platform that caters to extremely sensitive data transmissions. To support military cyber-strategies, Advantech offers an “off the shelf” Internet of Warfare (IoW) platform that brings 5G and cybersecurity to entities that need it the most.

With IoT devices becoming the norm, 5G offers all users a fast connection to Internet resources. For military, fast speeds in the field give them an advantage over the enemy, but speed and convenience often come with the challenge of cybersecurity. The military demands cybersecurity that can work in a continually changing environment across all services networks, and do this globally. The solution must have strategies that detect deception (e.g., hardware cloning), interoperability with current legacy applications, defense against communication interception, and resilience during turbulent cyber-attacks. Overall, military personnel need a trusted network that protects from exploitation but provides fast processing of data and intelligent output.

The military already uses private communication channels to control missile defenses 48,000 miles away. Limitations in processing and Internet access will impact military intelligence, especially on the battlefield. Personnel in the field need the ability to connect regardless of their location. 5G helps with speed, but the farther away a user is from the processing location, the more difficult it is for the network to maintain high speeds. If bandwidth is limited, then the timeframe to communicate critical information takes significantly longer. Technology in IoW must:

5G was built for IoT and connecting thousands of people at lightning-fast speeds. Before the introduction of IoT, the Defense community relied on proprietary technology to support electronic warfare. This made it expensive to build and support, and communications and processing was often slow and buggy. The primary reason for using proprietary technology was that the military had contracts with specific vendors. In the private sector, “avoid vendor lock-in” is often a strategy used to keep costs low with technology that can be added and removed when necessary. For military systems, vendor lock-in has long been an issue. Add to the fact that these vendors must support locked-in technology, and costs soared. Adding new technology was difficult as only the contracted vendor could be used. This is why the Military has adopted open system architectures for all of their communications going forward.

Today’s military needs optimized, real-time, fast performance from its technology. These requirements often mean edge computing where data is transferred to a close-proximity data center, processed, and output returned. Even now, a large volume of data is collected and processed from user devices and machinery on the battlefield. Data volumes will only continue to grow as military personnel have access to more devices that help give them an edge over advisories during times of conflict.

Mobile edge computing provides the flexibility and scaling necessary for IoW. Instead of sending data to remote servers that could be miles from the user’s location, mobile edge computing (now referred to as multi-access edge computer or MEC) brings processing power closer to the user, which then makes faster processing a possibility. The emerging 5G technology is a large component in faster edge computing, and it’s what allows the military to make confidential real-time decision making.

Leveraging virtualization and containerization, IoW can obtain real-time processing speed and faster deployment from developers. Virtualization isn’t new technology, but it’s been embraced as a method to optimize speed and leverage expensive technology. Containerization is newer, and it’s a preferred way to allow data processing to take advantage of pooled resources.

Together with a 5G mesh application, the military can communicate confidentially, but security and speed are difficult to manage. Advantech uses a software stack named W-STACK Private Cloud, which is common in IoT environments. This environment also incorporates firewalls and other security operations to protect communication.

To preserve privacy, several cybersecurity features are built into the private military infrastructure. Device identification and authentication, dynamic key change, secure enrolment and minimal to no coding necessary for deployment are all cybersecurity features that build the trusted services. The cybersecurity system includes a fingerprinting element to make the system impervious to hardware cloning or tampering.

Some other cybersecurity features include:

Hold it Together with Advantech and our Partners

The network and infrastructure provide the speed and security, but middleware from our partners enables IoT devices to securely work with the internal cloud infrastructure. IoT communications with centralized servers are notoriously slow, but the solution Advantech and our partners offer provides seamless communication between military devices in the battlefield and edge servers. With artificial intelligence (AI), service-oriented architecture (SOA), and our decentralized network function virtualization engine (NFV), military users get fast decision-making results from shortened processing cycles and less network traffic.

What makes our remote device and software management solution critical is that it provides a central point for update and patch distribution. The central distribution panel is completely customizable so that updates are sent to devices only during times when it’s safe and feasible. Patching systems are a critical point in military software. Updates will not only remediate bugs, but they will also patch vulnerabilities that could be mission critical and life or death on the battleground.

Instead of being tied to proprietary software, Advantech provides an out-of-the-box solution with capabilities that support advanced capabilities for the IoW on the battlefield. Our solutions include data aggregation, machine vision, AI based visualization, and rugged fan-less small form factor systems to address strategic IoW. We bring tactical edge systems together for better awareness and increased survivability.

We provide the following capabilities: