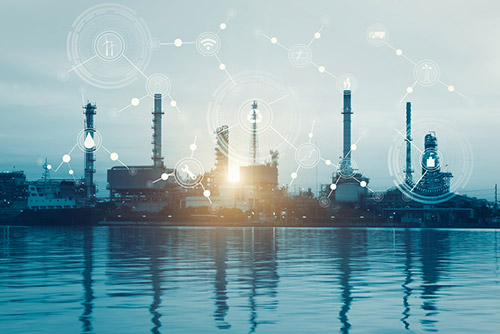 In open conversation with delegates and journalists at the recent Advantech IoT Co-Creation Summit in Suzhou, China, Sector Head of Industrial IoT Europe at Advantech, Jash Bansidhar, reveals how the company has achieved a CAGR of 15% over the past five years in Europe

For any progressive and ambitious company, the European market is a vitally important commercial landscape. However, of all the continents, Europe is often deemed the most complex, not least because of inherent language and cultural differences.

Bucking the trend is Advantech, which although originating from Taiwan, has grown rapidly in Europe to become a market leader in the fields of intelligent IoT systems and embedded platforms.

“To fuel expansion in Europe we have always recognized the need for geographic proximity to our customers,” explains Mr. Bansidhar. “In the early days we set up distribution sales channels in major European countries. Taiwan is only small, so this is a normal strategy to help increase market share – by globalizing with partners.”

Once sales in Europe started to grow, Advantech began introducing its own local sales teams to support its established partners locally, increase brand awareness and develop global key accounts. Rather than provide support direct from Taiwan, with the obvious language and time zone challenges, the company was now better equipped for growth.

“This move helped us to have a local presence, using people who could communicate in the required language,” says Mr. Bansidhar. “However, English at that time was not commonly accepted in all European countries. It was fine in the Netherlands or Nordic countries, for example, but not in France. So, we learnt that if you want to serve big customers in France, it is best to have local engineers who can speak French and understand the technical details from their core. The same is true in Italy and Germany. All of these countries respond to very different sales approaches. Some like a direct, straight-talking approach, while others prefer social niceties up front, before getting down to business. It is vital to understand these differences.”

Advantech now has a series of sales and support offices across Europe, including in France, Italy, Germany, Poland, Benelux, Sweden, United Kingdom, Czech Republic and Spain. By working direct with channel partners and key accounts, Advantech managed to increase its sales conversion rate.

Advantech’s strategy for global industrial IoT opportunities “To provide an example, for many years we served Scandinavia from the Netherlands, because we thought the culture was similar,” explains Mr. Bansidhar. “However, despite providing lots of quotations and supporting many projects, we never won any major contracts. The big deals went to a local player. In contrast, immediately after opening our Stockholm office, we started to get orders. It’s a very simple example of how it works in Europe.”

Another example relates to Germany, where big companies are sometimes reluctant to consider brands from Taiwan. Here, Advantech learnt to approach German subsidiaries located in Eastern Europe, which are traditionally more receptive to quality products at a competitive price point. Once established, word would reach the German parent company about the impact of Advantech solutions. Local experience has therefore proved invaluable.

Mr. Bansidhar admits it took Advantech some time to accept the need for this type of approach. The company was familiar with doing business in the US, where there is one language, one culture and one set of laws and regulations, which contrasts greatly with Europe, where empowerment can only be achieved via a local provision.

Advantech reports that its geographic footprint is almost complete in Europe, although the company’s growth ambitions continue, both in field sales, technical support and M&A. The company today has more than 10,000 Industrial IoT enabled products and rising, which is another reason underpinning CAGR of 15% over the past five years. Compare this figure with average manufacturing GDP growth, which stands at only 1-2%, and certain conclusions can be drawn.

“The stark difference between our CAGR and GDP growth means we are outperforming our competition,” states Mr. Bansidhar. “Moving forward, by working with co-creation software partners, we can continue to add new and unique solution-ready platforms [SRPs] at a high rate of introduction. We can therefore extend our portfolio tremendously in comparison with larger competitors who traditionally try to do everything themselves; big companies are typically slow at innovating.”

Advantech’s co-creation strategy brings global SMEs into the company’s eco-system, where their knowledge is bundled with that of Advantech to create Industrial IoT solutions which are easy to deploy for end users. This ethos leads to extremely efficient development cycles.

“Another thing about Europe is that eight of the world’s top 10 most innovative countries are located here,” says Mr. Bansidhar. “So, in terms of our co-creation strategy, Europe is well placed to develop innovative SRPs. With this in mind, Europe is important to Advantech, not just in sales terms, but in a corporate sense.”

Looking further afield, Advantech now plans to use its Warsaw office to link west with east. As China is now looking to re-open many of its old silk trading routes, Advantech wants its Polish office to become the gateway for potential trade routes to China, via countries such as Turkey and Mongolia.