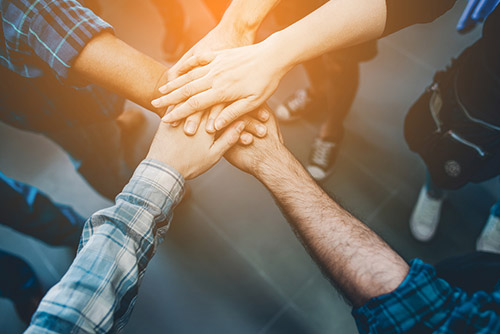 Advantech Co., Ltd. has concluded its Advantech IoT Co-Creation Summit, which was held at the Suzhou Inter-national Expo Center in Suzhou, China. The two-day event comes in unison with the company’s artificial intelligence/IoT (AIoT) long-term co-creation business model and aims to create new values to its business and solutions, focusing on each domain along with partners in different industrial sectors.

The first IoT Co-Creation Summit hosted by Advantech in China serves as a kickstarter for the implementation of the IoT business model together with partner companies. The summit drew 5,598 people from around the world, including Advantech’s partners and system integrators. In a keynote speech on the first day of the summit, which was attended by 2,500 industry players, K.C. Liu, Chairman and Chief Executive Officer of Advantech Co., Ltd., said the company’s WISE-PaaS software platform has been designed with users of industrial IoT in mind. Based on Edge Computing, Liu said WISE-PaaS supports third party partners in developing comprehensive cloud-based service platforms and industrial IoT solutions. “Our company’s mission is to combine software and hardware solutions to facilitate our customers and IoT cloud service providers in IoT solution deployment,” said Liu. Concurrent with the keynote speeches were around 100 IoT-related sessions and seminars, where more than 50 partner-companies of Advantech presented innovative co-created applications in the industrial domain. In another room, Advantech showcased a wide variety of products, and partner companies displayed and demonstrated their co-created models in their respective booths. Panasonic Corporation presented their smart city initiative in China using Advantech’s communications solutions and system development environment. This was designed in a bid to obtain U.S. WELL Building Standard certification, which evaluates building space that gives consideration to human health and wellbeing.

A balance of market place and manufacturing activity will be achieved as manufacturing moves closer to the market, creating an industry eco-system and job opportunities. This, according to Chaney Ho, Executive Director of the Board at Advantech Co., Ltd., will be the hallmark of Globalization 3.0, as the world transforms from globalization to de-globalization. “The strategy response to Globalization 3.0 is to develop the manufacturing value chain closer to the end market and strengthen the intelligence capability of manufacturing,” said Ho. “And to enable growth in the IoT ecosystem with Advantech as facilitator,” he added, in reference to the company’s 15-year co-creation business model. “There is a need to deploy IoT Phase II and Phase III to simplify and expedite the industrial IoT revolution and the continuing globalization path to become the IoT global leader.”

Advantech is making progress in innovating its IoT business model, not only by extending its Solution Ready Packages (SRPs) with partners to improve value creation, but also delivering value through working in concert with Domain-focused Solution Integrators (DFSI). The co-creation ecosystem creates a competitive advantage that is difficult to replicate. The milestone Advantech announced at the Summit is to have more than 60 SRP developers, around 80 DFSIs and over 1,000 VIP members of the WISE PaaS service in the next three years. The strategy is to provide its WISE-PaaS service, a cloud-enabled platform, at a very accessible price for its SRP partners during the growth stage. Advantech has also scaled down its venture capital activities to focus on investing in DFSIs and acquiring stakes in certain in IIoT start-ups. Eric Chen, Advantech President of General Management said, “The goal in 2021 is to achieve revenues of US$2.3 billion up from this year’s (estimated) US$1.6 billion, an increase of 43 percent. It is estimated 87% (US$2 billion) will come from automation and embedded hardware products from Phase I, 7% (US$170 million) from Wise-PaaS platform & Service from Phase II, and 6% (US$130 million) from vertical market DFSI from Phase III.” “Solid demand from the manufacturing sector; the rise of Edge computing; and global sales and services site expansion in Vietnam, Russia and the UK are three of the driving forces for Advantech in 2019,” added Chen. Advantech revenue for FY2017 (January to December) reached US$1.455 billion. For January to September 2018 period, accumulated net sales totaled US1.23 billion, up 14% year-on-year. By Region, Europe, North America and Greater China regions accounted for 78% of total revenue. They are also considered the best performing regions with growth rates of 25% for Europe, 16%for North America, and 14% for Greater China. By Business Unit (BU), Industrial IoT, Embedded IoT and Service IoT all enjoyed two digit growth. Industrial IoT and Embedded IoT contributed 81% in total to operating profit. Industrial IoT earned the highest gross margin among all business units at 45 to 50% gross margin range.

In 2018, Advantech took some initiatives in the Japan market. In March, it invested a 19% stake in Nippon RAD Inc. aiming to further expand the business scope in the IIoT sector. In October, the company acquired 80 percent stake of OMRON Nohgata Co., Ltd. to enhance localized manufacturing and design services capability and market coverage in Western Japan. Following the acquisition, Mike Koike, President, Advantech Japan said Japan sales could rise and take the fourth or fifth spot among markets. “The growth segment of the IoT market in Japan is factory automation and smart city. New areas such as medical, retail, logistic, electric vehicle charger and agriculture are growing fast too,” said Koike.

One of the prominent co-creation businesses Advantech has entered in the Japan market with is with Mirai Co. Ltd., a vegetable provider to food companies. It has implemented its own IoT solution to monitor and control the cultivation and environment of the factory, as well as handle data collected from sensors covering 200 variables, including temperature, humidity, photosynthesis, and water control, amongst others. “To be the best in a certain niche market, furthermore, the success model could be copied to another area and keep repeating the same approach. This represents Advantech’s growth model.” said Koike. In the United States, along with IoT, 5G and artificial intelligence (AI) mega trends will drive the industrial market in divergent stages. In explaining Advantech’s strategy in the area, Ween Niu, General Manager, Advantech North America, said, “We will use a few dedicated sales teams to support different customers; focus on selected vertical market to extend market know-how; leverage different sales channel; and provide different services model to meet customer’s logistic needs and services.” Niu added that Advantech North America uses a so-called diversify business model in dealing with divergent market places that allows the company to seize more opportunities in North America. Parts manufactured in Advantech Kunshan factory account for 40% of Advantech North America revenues. For trade frictions between the U.S. and China which caused key accounts to be impacted by tariff increases, around 15% of the production cost has been offset by transferring the process to Advantech’s Taiwan factory. The company plans to implement major facility upgrades in Advantech North America to be completed in the first half of 2019 to increase capacity by 40%. Another service center is at the planning stage as well as further expansion from 2020 to 2021. “Even though with tariff impacts, our target organic growth rate is between 12 to 15% per year, and the key here are the new net design-wins,” said Niu. In Europe, Jash Bansidhar, Sector Head of Industrial IoT Europe at Advantech said, “European companies are also moving back their production from Asia to Europe. There are 2.1 million factories in Europe. The opportunity is starting to happen as IoT in manufacturing gains pace. In particular, automotive in manufacturing drives the growth in IoT in Europe.” Advantech Europe handles 10 countries covered by 14 offices with one logistic center and one service center. To meet the rise of EU market demand in Industrial IoT, the company’s primary strategy is a localized approach and increased presence through co-creation in sectors including manufacturing, transportation, and energy, amongst others.